15/ The 5 Writing Books That Defined My Writing Journey

Instead of making a top 5 list of my favourite books, I decided to figure out the 5 books that built me as a writer.

I thought this would be a lot easier than I expected, but having to cut books out of the list was challenging. There have been so many great books, but some significantly guided my journey.

Becoming a Writer by Dorothea Brande 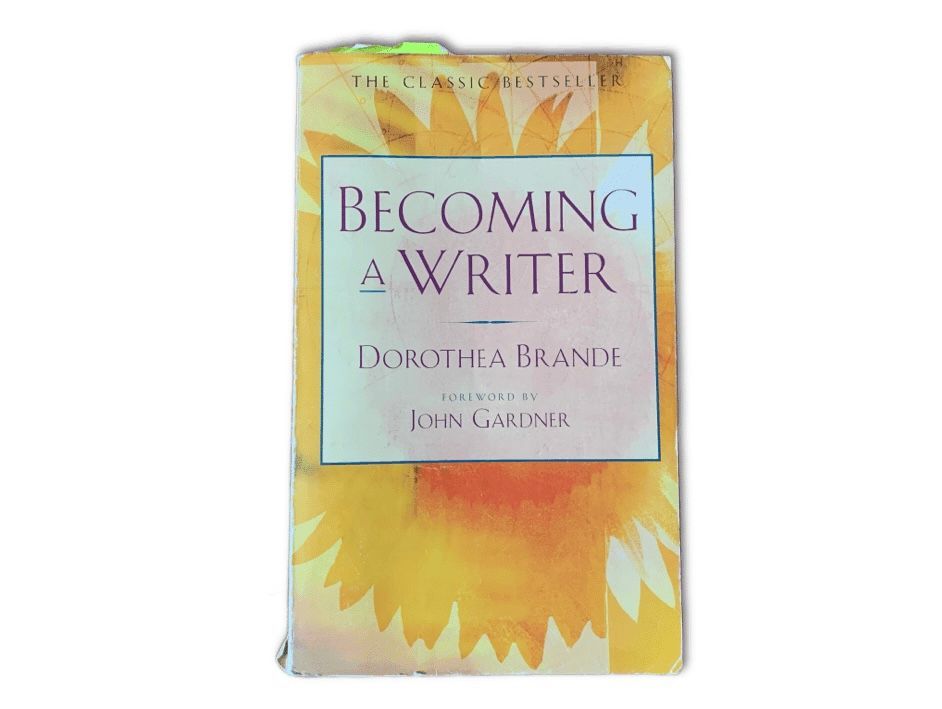 I remember this as the first writing book I ever bought, but I couldn’t remember anything about it.

So when I opened up my original copy, I was surprised at how fantastic the advice was for the beginning writer—especially when you realize it was written in 1934.

What makes it worthwhile is that it gets at the heart of starting out: the uncertainty, the lack of confidence, the need for encouragement. But it also promotes practical advice, like writing on a schedule, dealing with criticism, and avoiding the continual use of stimulants to do the work!

Unfortunately, what it didn’t do was give me a good sense of building a story that worked, and for a while, I continued to struggle. 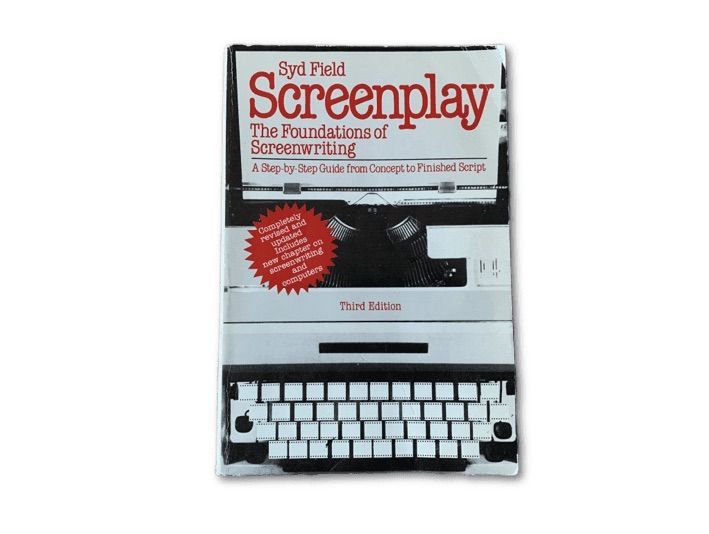 Syd Field’s book was my first step into understanding the shape and structure of a script. It made that gulf of pages not as scary because it broke it down into manageable acts and then further segmented those acts into smaller bite-sized pieces.

However, the story was still a little too scary. I wasn’t quite sure how to progress over those acts or define the start and end of them. Although it made things more piecemeal, there wasn’t enough to help me move forward.

The Art of the Playwright by William Packard 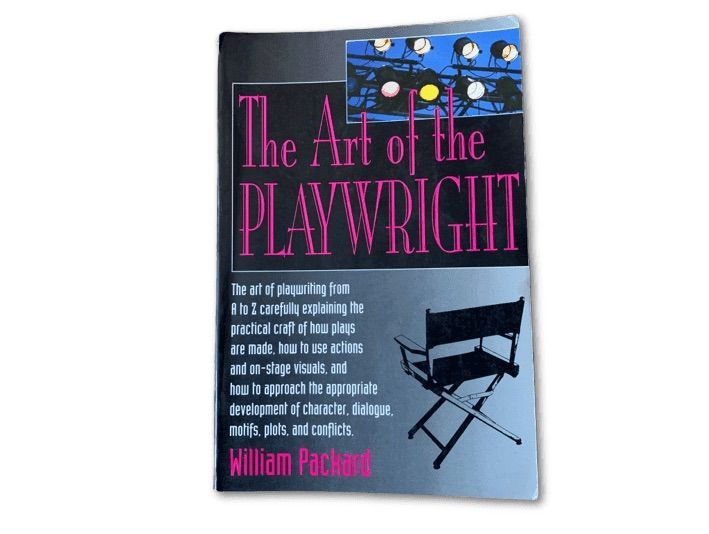 I became obsessed with a huge question: What is an act?

Field’s book told what was in an act but never really explained why it was shaped the way it was. I wanted to know what defined one, why some stories had three, some had four, and others had five or more.

This lead me down a long path of playwrighting books, and Packard’s book stood out for me because he made me realize:

Suddenly, I started to understand what an act was (a complete action), how to build it into something dramatic (by using conflict), and how it defined who a character was.

Yet, it still didn’t show me the way across the gulf of the story.

An Actor Prepares by Constantin Stanislavski 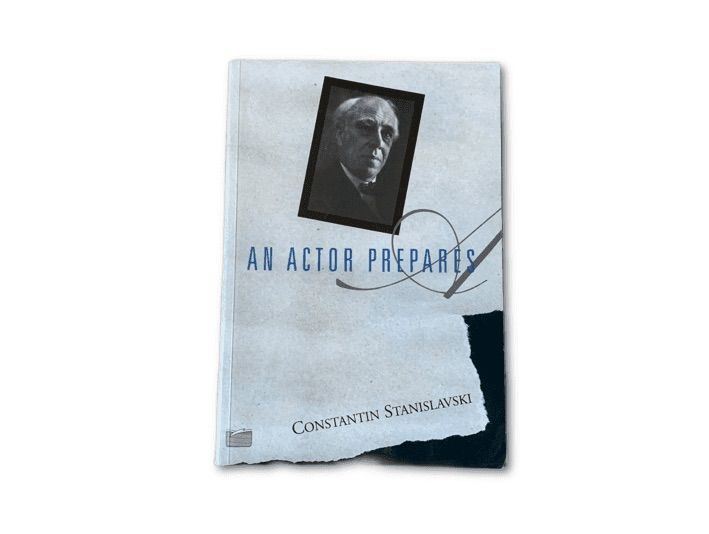 Reading this book was a revelation and pretty much the center of my understanding of all stories. Stanislavski focused me on the actions of characters and how they defined them. He made me realize the small ones during a scene and the broad super objectives that arc over a character’s entire story.

This book had finally answered what an act was, but it left me with one final question: how do I use it to write a story? 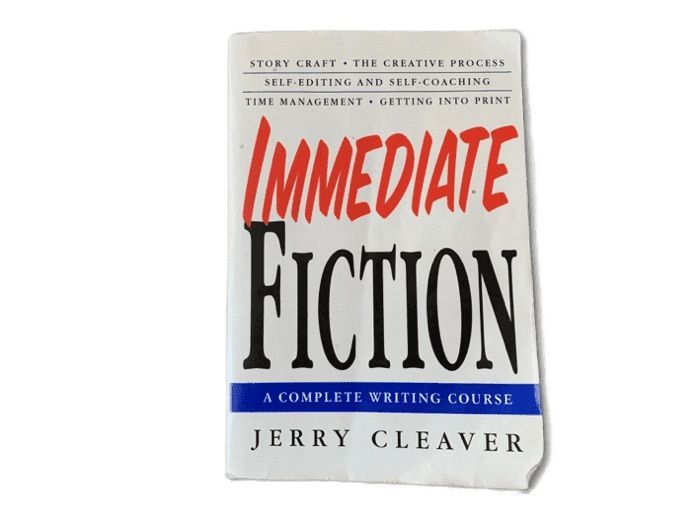 Of course, this is my final book. It is the heart of my teaching and showed me the simple formula of all story:

I spruced it up a little as I brought it into my lessons and added responses, but this puts all the pieces together. I realized this simple formula could tell a story, moment or scene or be scaled up all the way up to guide an entire series. It connected character and plot together, and most importantly, I was able to connect it to real life.

So that is it. Those are the five books that have most guided my writing journey. I hope you enjoyed this newsletter. Thank you for reading, and have a great week.

Up next Digital Gardens and Note-taking A part of me is playing with embedding another set of notes on this website, that references core concepts and ideas. It would be a little like 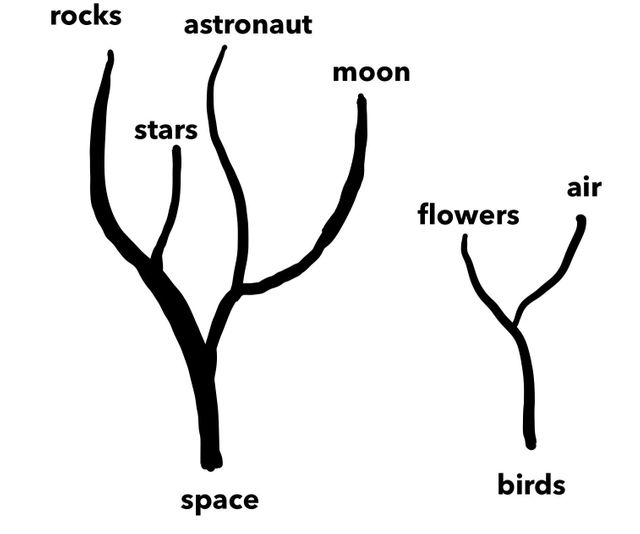 Metaphor Trees
Latest posts 23/ Stretched thin and moving forward The Rule of Threes, Conflict, and Starting Your Story 22/ Blogging is my Hobby More than One Want Old Posts Why is this particular character on this journey? Breaking the Website, Breaking the Book You’ll get through it 100 Attempts My March Challenge Becoming a Streamer Make your story (and marketing) rhyme What I want to do around here On Canoeing Reader Error The Continuum of Long Term Listen for the music Imposter Syndrome 21/ Tiny Notes Notes on “The Calculus of Grit” Tea Time Log Jams and the Creativity Faucet Thoughts on edits after the fact Low stakes New site, new changes Story Maps To Kate The Harold 20/ New Directions Stability 250 Words