A Tool Against Writer’s Block

For a long time, I’ve railed against writer’s block. I think it’s stupid and one of the dumbest things we as writers have ever invented1.

Unfortunately, I can’t wave a magic wand and zap it away, so when I discovered Keith Johnstone’s book, Impro, I was pleased to find an excellent tool to combat it.

So, in today’s article, let’s (hopefully) dispel the garbagey myth of writer’s block and come up with a surefire way to kick its ass.

Why Writer’s Block is BS

I need to get this off my chest: writer’s block is a lie. It’s a convenient scapegoat to take the fall for us not doing the work.

The term never really existed until 1947 when the psychoanalyst Edmund Bergler defined the condition and said it was caused by oral masochism. Before that, we’d attribute its effects to something silly, like the creative muse has abandoned us.

The stupid thing is that we still often use these types of excuses. We say stuff like “something is getting in the way of the words,” or maybe “we’re not talented enough to do the work,” or we come up with a plethora of outside factors about why we aren’t writing.

But it’s all a lie. We are the problem.

At it’s heart, writer’s block is about our resistance against whatever scary emotions we feel when we try to write. And the sooner we acknowledge this and take ownership of it, the quicker we can deal with it.2

So, where does this resistance start?

Well, almost anywhere. It can begin with self-doubts, but often we’ll build it out of the things we hear and see from our parents, peers, and teachers.

It might start from some innocuous action or word. A sneer, a laugh. Maybe an ill-timed question about why you made what you made.

Worse is when it comes from someone intentionally, expecting us to conform to their way of thinking. And we listen because we want to fit in, get good grades, and stand out by making the sort of risks that creativity requires.

Johnstone says his resistance began in school when he was taught:

…any spontaneous act was likely to get me into trouble. I learned never to act on impulse, and that whatever came into my mind first should be rejected in favour of better ideas. I learned that my imagination wasn’t ‘good’ enough. I learned that the first idea was unsatisfactory because it was (1) psychotic; (2) obscene; (3) unoriginal.

Unfortunately, for us creative types—yeah, we still have to own this; we’re not getting off that easy—we let those little seeds sink deep into our soil and grow. Soon enough, they sprout, turning into monstrous little beasties inside our heads, feeding off our fear, doubt, shame, and guilt.

The Watchers from the Gates

These unchecked negative emotions cause real damage when they pair with our intellect, which Friedrich Schiller describes as a “constraint…upon your imagination.”

So, as we are exploring new creative ideas, words, and sentences, our intellect is busy in the background, examining “too closely the ideas already pouring in, as it were, at the gates…and cannot judge all these ideas unless it can retain them until it has considered them in connection with the other ideas.”

Unfortunately, when these “watchers from the gates,” partner with fear, doubt, and shame, the whole system becomes overwhelmed and slams the gates shut, rejecting everything, and your imagination is in lockdown city.

To make matters worse, once these hybrid weeds takes root, it’s almost impossible to clear away. Even when we think we’ve cleaned everything up, a completely new species pops up and spreads its nastiness.

The good news though, is that we’ve got a first line of defence.

Johnstone believes that any unimaginative person can be creative as long as “we can persuade him to have fun, and not worry about being judged.”

And to do that, we must embrace spontaneity and our initial ideas.

For him, “imagining should be as effortless as perceiving.” He argues that when we look around, we aren’t actively choosing what we see, so why do we act this way when perceiving with our imagination.

To illustrate his point, he talks about reading a novel: “I have no sense of effort. Yet if I pay close attention to my mental processes, I find an amazing amount of activity,” as the picture in his mind is fleshed out.

He takes this further, when a friend challenges him, saying it’s impossible to be creative when she reads. He works to invent a story by giving her a few initial details and then asking her further questions about what she envisioned. In the end, her vision of the characters and setting are quite complete, noting, “She doesn’t pause to think up the answer to my questions, she ‘knows’ them.”

So, if imagination is available to even the most unimaginative person, how can we unlock this superpower against writer’s block?

The habit of spontaneity is simple.

“Don’t choose anything. Trust your mind. Take the first idea it gives you.”

Instead of overthinking and examining every idea, we must accept them all and put them on the page.

Johnstone illustrates this with a practice he uses in the classroom.

In the beginning, the student struggles. He keeps rejecting his first ideas, thinking they are either too sexual, obscene, psychotic, or unoriginal. But Johnstone pushes his students to embrace those initial thoughts, arguing that sometimes “the best ideas are often psychotic, obscene, and unoriginal.”

For Johnstone, he’s “not interested in what they did, but in how their minds worked…either they can put their hand out, and see what it closes on; or else they can think first, decide what they’ll pick up, and then do the mime. If they’re worried about failing, then they’ll have to think first; if they’re being playful, then they can allow their hand to make its own decision.”

Applying it to your practice

So like I said at the start, I can’t zap away your writer’s block. It’ll still pop up, you’ll always struggle, and you’ll again make excuses. But recognize it for the garbagey BS that it truly is.

Remind yourself that it’s resistance and fear and possibly shame, guilt, and whatever else your brain has conjured up to work against you.

But the only way through it is to do the work and embrace spontaneity.

Celebrate your first ideas, no matter how bad, ugly, or embarrassing they are. Do the work of putting them on the page and let them exist. They’re not a reflection of who you are, and they won’t harm anyone.

As Schiller states, let “the ideas rush in pell-mell, and only then…review and inspect the multitude.”

Now that they’re physical, look at them and work with them. Now is the time to decide whether what you want to keep; never when they are still in your head.

But remind yourself this: now you are writing. Nothing is blocking you. And because of this, you can keep writing, and practicing, and getting better from here on out.

Up next WOARO Let’s talk about the heart of all story. 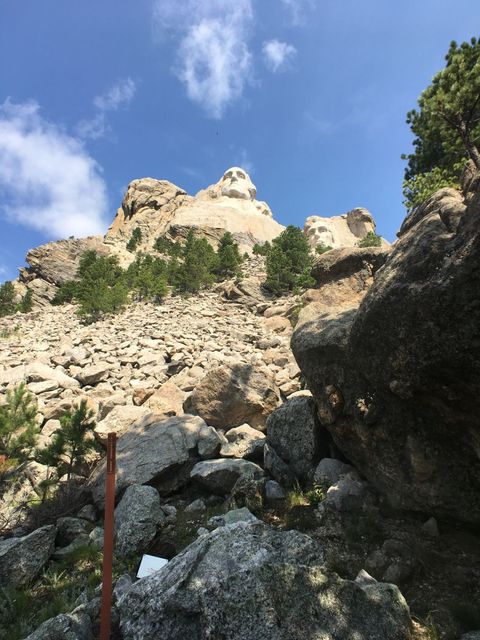 What’s left behind
Latest posts 23/ Stretched thin and moving forward The Rule of Threes, Conflict, and Starting Your Story 22/ Blogging is my Hobby More than One Want Old Posts Why is this particular character on this journey? Breaking the Website, Breaking the Book You’ll get through it 100 Attempts My March Challenge Becoming a Streamer Make your story (and marketing) rhyme What I want to do around here On Canoeing Reader Error The Continuum of Long Term Listen for the music Imposter Syndrome 21/ Tiny Notes Notes on “The Calculus of Grit” Tea Time Log Jams and the Creativity Faucet Thoughts on edits after the fact Low stakes New site, new changes Story Maps To Kate The Harold 20/ New Directions Stability 250 Words