Although I’ve been thinking about today’s main post for a while, it wasn’t until I watched this video from Ludwig, I decided to finally post it. I’ve mentioned Ludwig in the past and I’m always impressed how his brain thinks about his business.

His newest video has him talking about what it takes to become a streamer, but I thought there were some lessons a writer could learn from this.

I love people creating things live and I need to see more of this.

I think he’s spot-on here, not only defining timelines and objectives, but also looking at writers you can emulate.

I think it’s fair to say that there are a lot of writers out there and that we can’t all be in the top percentile. So being aware of it and adjusting our goals accordingly.

His emphasis on a back catalog of structured content is really valuable. Yes, your new book may not blow-up and be a best seller, but over time people will discover your extensive library of work and invest in it and that will lead to new readers.

His advice is not to fall into the grind of showing up for 8 hours everyday because that doesn’t lead to big wins.

No one tunes in to watch you do the same thing day in and day out. They want a sense event and story involved.

For each video, he sets up what is the goal (speed runs, high score, try not to laugh) and then adds a cost if he fails, often involving money, but sometime other punishment is involved.

I feel I could apply a similar mechanic to my own writing—especially for the March challenge and doing it live—which is actually something I had considered when I was first considering doing Youtube videos a year and a half ago.

I love the idea of collabs and I think there are some real fun opportunities for writers to embrace this However, I have so much on my plate at the moment that I don’t really know when to fit it in.

Sidenote: when I watch this, I can’t help but think we as writers aren’t embracing the new rules of creation enough. The world is changing around us. New technologies, new ways of working, but we are still stuck for the most part in the notion of the printed book (electronic or physical). I think we can bust through this.

Publishing your book is a big event, but are there other ones that we can embrace?

The Yoink and Twist

Almost every idea has been done before—but not with your voice. See what others are doing and find your own spin.

Don’t need to carbon copy and steal from other writers That makes you lazy and craftless and always chasing other people’s solid work.

Throw stuff at the wall

See what sticks. This means always creating, always trying new stuff, until finally something works. Then delve into it as far as you can, while still trying new stuff, because sooner or later, the old stuff won’t work anymore.

I think we’ll end on the quote that Ludwig shares:

At a certain point growth becomes more about consistency than creativity. — Reckful

A lot of what he shares is less about streaming and more about making a career out of it—which comes down to marketing. It’s less about the being recognized for that blaze of creativity and more the slow burn of constantly showing up for your audience.

Up next Make your story (and marketing) rhyme The audience you choose wants the structure of your story to rhyme. In The Practice , Seth Godin call this genre: The people you bring your work to 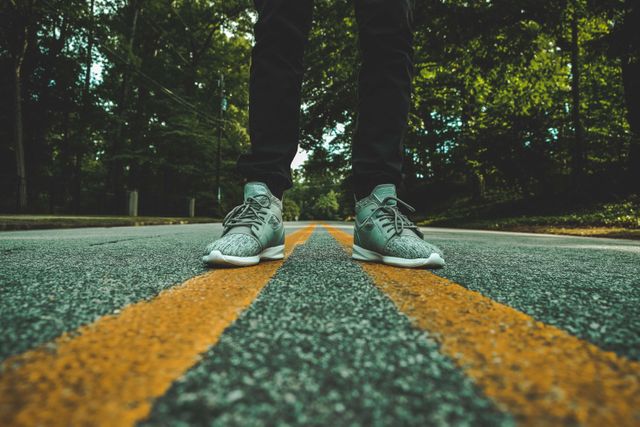 My March Challenge
Latest posts 22/ Blogging is my Hobby More than One Want Old Posts Why is this particular character on this journey? Breaking the Website, Breaking the Book You’ll get through it 100 Attempts My March Challenge Becoming a Streamer Make your story (and marketing) rhyme What I want to do around here On Canoeing Reader Error The Continuum of Long Term Listen for the music Imposter Syndrome 21/ Tiny Notes Notes on “The Calculus of Grit” Tea Time Log Jams and the Creativity Faucet Thoughts on edits after the fact Low stakes New site, new changes Story Maps To Kate The Harold 20/ New Directions Stability 250 Words 19/ Looking Past the Boundaries Forced constraints