A favourite topic of discussion amongst the #writingcommunity on Twitter is whether you are a pantser or a plotter.

A pantser writes with no plan, discovering the story along the way, effectively writing by the seat of their pants. On the other hand, a plotter is more methodical, crafting their outline, developing their story’s ins-and-outs long before they begin their first draft.

I’ve been on both sides, and neither has been entirely successful. As of late, I’ve become an odd melding of two—what some call a plantser. This amalgamation is due to my writing partner, and I often start with an outline that fails us halfway through because the story grows so much through the writing and requires us to generate a whole new plan to finish.

Yet, recently I’ve come across a third approach has appeared —the Gardener—which feels so exciting that I want to share. However, before we get there, I need to share why both being a pantser and a plotter have failed me.

My life as a pantser

You might say that even before my life as a pantser, I was a plotter. During my fifteen years of not writing, I brainstormed and planned a lot.

I had cue cards and duo-tangs packed with ideas. I scrapbooked and collaged my stories during university like I was back in grade school with safety scissors and Elmers glue. Almost a year after graduating, I filled thick coiled notebooks with outlines and plans. But none of this helped. I remained stuck and unable to turn anything into a story.

It wasn’t until I discovered No Plot, No Problem, that I took a leap of faith and left all of it behind and wrote a story without a plan or an idea. Every morning, I’d show up at the page and put down four pages, whether there was a story in me or not. By becoming a pantser, I was able to reclaim my dream of being a writer. It got me out of my way and able to do the work.

Unfortunately, most of it was shit, a convoluted twisting mess with long, boring passages and dead-ends, and almost none of them would ever see the light of day.

My life as a plotter

Out of those ten scripts, only one had the hope to be made into a coherent story. I worked at it a bit, before I called Angie, my sister-in-law, to help me out. We had worked together on her high school plays, so I figured we could make this work.

We tore it apart, literally with scissors, spreading each piece of it across two large chalkboards in her classroom. We slowly found a structure and rebuilt it and felt accomplished (it was still shit, but we didn’t know it back then).

The process was fun, and we decided to try again, this time writing a script together. It didn’t take us long to realize that we needed a shared plan.

I wasn’t looking forward to it; trying to outline in the past had hampered me. But writing a story is a journey, and when you take it with someone else, you need to agree upon the destination and the stops along the way.

We used Save the Cat as our template, and it helped us well. In fact, it was so helpful that it led me to help others find their stories and how I began teaching.

Yet, as I mentioned before, failures happened.

We’d be halfway through a story when detours would occur. If this happened while I was pantsing, it might lead to boring sections, not moving the story forward. However, because we knew where we were going, these only made it stronger.

On the flip-side, outlines seem too restrictive, not allowing for discovery and surprises along the way. While it’s good to have a plan, it seems like a lot of extra work to be rewriting it frequently as you go.

Lately, I’ve been researching new ways to generate essays for this website. This led me to a note-taking system called zettelkasten—German for “slip-box”—designed by Niklas Luhmann, a sociology professor who used it to write an astonishing 58 books and hundreds of articles over 30 years.

The concept behind it is to use index cards or slips of paper to capture individual ideas, one for each slip of paper, and place them into your slip-box (Luhmann’s slip box appear to be the drawers of a library catalogue). These individual notes are then linked together through references and links of other cards.

The beauty of the system is that nothing ever falls into the void—that collection of notes and ideas that you write down and never reference again. Instead, by linking them together, they generate clusters representing your interests and passions, which you can then turn into research papers or essays.

In his book, How to Take Smart Notes, which thoroughly outlines Luhmann’s process, Sönke Ahrens points out two unique benefits.

The first is that we don’t need to brainstorm since we generate all our material before writing. As we pursue our lines of inquiry, we fill index cards and add them to the pile. When we decide its time to write an article or essay, all our interests have already been effectively captured, with supporting material.

The second benefit is that we no longer need to follow the archaic path of writing: generate an idea, research and outline it, and then write out the first draft. Instead, we’ve completed our work beforehand, and all we need to do is locate the argument in our slip-box and rehash it for others to understand (which is why Luhmann was so productive).

Writing as a Gardener

I can’t see why I couldn’t use this for fiction.

As I pursue my interests and add them to my slip-box, I may discover story ideas as well. They may come in small snippets of dialogue or action, or “what if” questions. This work leads to more research and more connections, essentially allowing you to grow your story.

I imagine this is very much like Idea Gardening, where every day, you plant your seeds and tend to your garden of ideas, before they grow into beautiful stories, even before one word goes into your first draft.

The exciting thing about this process is that once you get in the habit of filling the slip-box, it will generate its own momentum.

As Ahrens points out, the work creates a feedback loop of reward. Some pursuits will burn themselves out, and we’ll move onto new interests. Other clusters of ideas might generate a kernel, and our interests will help flesh it out. Eventually, this will lead to enough material to craft an outline, which reveals more gaps, which will lead to more research until we finally have enough to build the first draft.

Doesn’t that sound a lot lovelier than banging our heads against the wall trying to come up with ideas or watching our outline derail as the story takes shape?

At the moment, this is all theory. I haven’t written one note for the slip-box that even indicates a hint of a story. Yet, this doesn’t worry me, because I see the power of it.

The funny thing is that when I first started pantsing, I eventually quit taking notes and making reminders for myself. I believed that if the idea was strong enough that it would stick around in my head long enough to become something more. Even when I became an outliner, I tried to keep my note-taking to a minimum.

The power of the slip-box is that it still holds true. The exciting ideas, the ones with story energy, will continue to bubble to the top. Yet, this time, they’ll make connections with old ideas, linking and attaching themselves and growing into beautiful and complex systems.

Which leaves me to my job of tending the garden: planting seeds, helping ideas blossom, and once they’ve grown, sharing them with the world.

Up next 7/ Growing your ideas Style checkers, idea generators, and the tangled vines of footnotes 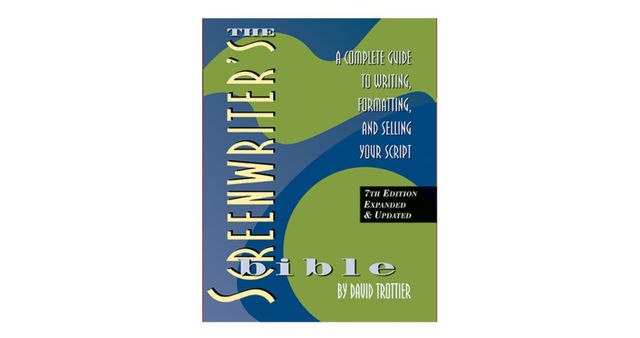 8/ A Beginner’s Guide to Screenwriting
Latest posts 23/ Stretched thin and moving forward The Rule of Threes, Conflict, and Starting Your Story 22/ Blogging is my Hobby More than One Want Old Posts Why is this particular character on this journey? Breaking the Website, Breaking the Book You’ll get through it 100 Attempts My March Challenge Becoming a Streamer Make your story (and marketing) rhyme What I want to do around here On Canoeing Reader Error The Continuum of Long Term Listen for the music Imposter Syndrome 21/ Tiny Notes Notes on “The Calculus of Grit” Tea Time Log Jams and the Creativity Faucet Thoughts on edits after the fact Low stakes New site, new changes Story Maps To Kate The Harold 20/ New Directions Stability 250 Words